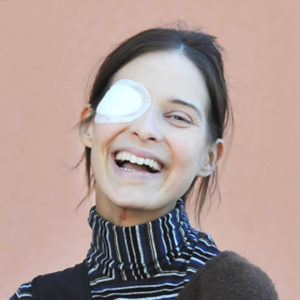 Joyfully we announce the publication of the Edict of the opening of the Cause of Beatification and Canonization of the Servant of God Chiara Corbella. 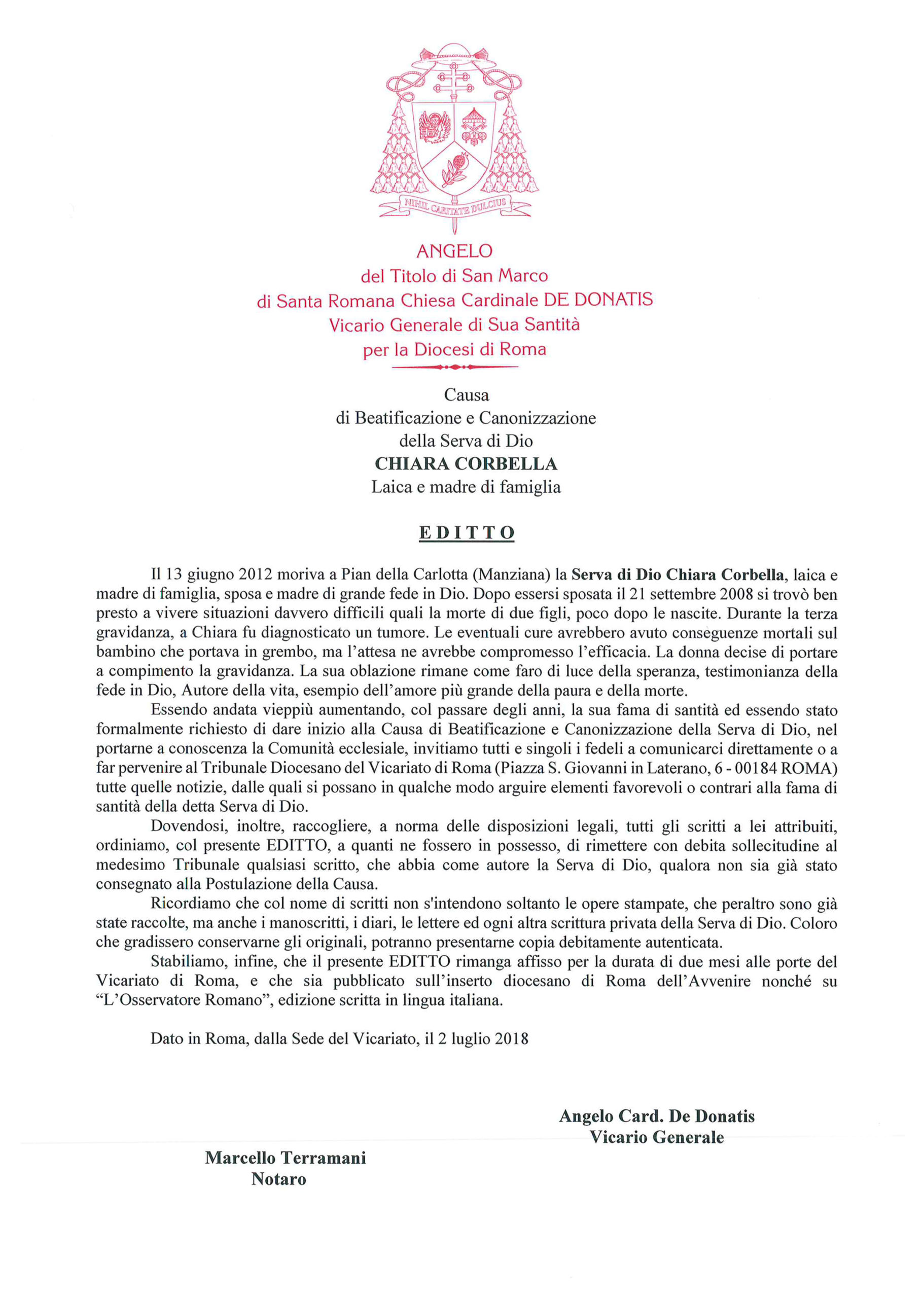 Here is our English translation of the Edict:

On June 13, 2012, Servant of God Chiara Corbella died at Pian della Carlotta (Manziana, Italy). She was a lay woman, wife and mother with great faith in God. After she got married on September 21, 2008, she soon found herself living very difficult circumstances due to the death of two of her children shortly after each of their births. During the her third pregnancy, Chiara was diagnosed with a tumor. The treatments needed would have had mortal consequences on the child that she was carrying, but waiting longer to start them would have compromised their effectiveness. She decided to carry her child until his natural birth. Her gift of self is a ray of hope, a testimony of faith in God, who is the Author of life, and an example of love that is stronger than fear and death.

Since her fame of sanctity has increased with the years and since we have been formally requested to open this Servant of God’s Cause of Beatification and Canonization, we bring this to the attention of the Ecclesial community and invite everyone to communicate to us directly or come to the Diocesan Tribunal of the chancery’s office of Rome (Piazza S. Giovanni in Laterano, 6 – 00184 ROMA) with all information from which we can somehow infer elements which are favorable or contrary to the fame of sanctity of this Servant of God.

Needing to gather all the writings attributed to her, we order with this edict that those who are in possession of any writings turn them in to the tribunal with due diligence if they have not yet been turned in to the Postulation of the Cause.

We do not only seek the works that were published, because they were already gathered, but rather we ask for manuscripts, diaries/journals, letters and any other private writing that was from this Servant of God. Those that would like to keep the original writings can present a duly authenticated photocopy.

We decree, finally, that this edict remain posted for two months on the doors of the Chancery of the Diocese of Rome and that it be published in the Diocesan newspaper “Avvenire” and the “L’Osservatore Romana”, which are both written in the Italian language.